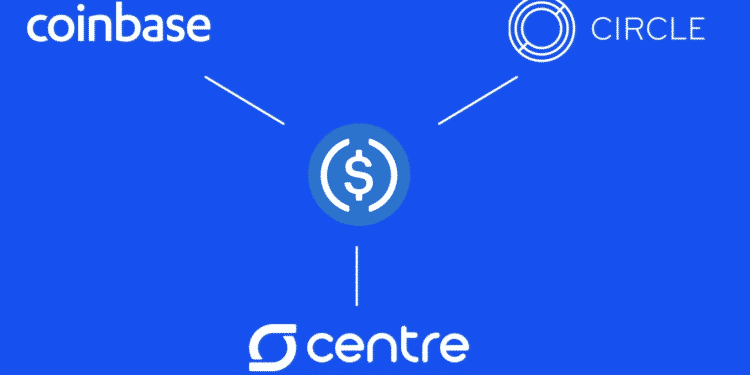 Circle and Coinbase had jointly announced about its launch of stablecoin Network and formation of Center consortium last October. As per the press release of Thursday, both the companies are at the final stage of their membership-based framework & governance structure for the development of currency on the internet. They have named their stablecoin Network as “Centre.”

It is a combined struggle by both the companies to make the transfer of money as simple as data transfer on the internet. The focus of the Center will be on crypto asset performance on various blockchains. Both private and public blockchain can avail of the opportunity. This effort by the companies can lift the adoption of the dollar pegged stablecoins.

Using the platform, the user can redeem and issue their USDC. The partners are hoping that this will broaden the opportunity of other financial institutions to join the Center and strengthen the stablecoin Network.

USDC was launched in last September is the second largest stablecoin as per the market cap and is among 25 valuable digital assets. But USDC has mostly found its adoption among the traders. They mostly use them as a link between fiat and crypto.

The spokesperson of Circle has said they can see a worldwide economic revolution with the help of programmable money. In the age of digital currency, the free flow of value is accessible to everyone on the planet so that more individuals and businesses can actively participate in economic activity.

The members also have to obey the government regulations and regulations laid down by the Center. Although at present other than Circle and Coinbase, none others have joined the network.

In the future, both companies want to works beyond the limits of the US and also for other global currencies. They are also planning to bring a new global stable coin.

Binance US to Resume Its Operation Within Two Months, Says Binance CEO

Strong Resistance for Polkadot at $44: Should You Buy DOT?