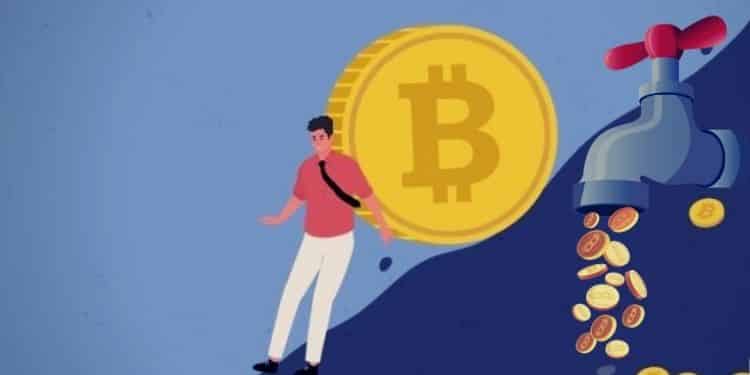 The first bitcoin faucet was called “The Bitcoin Faucet” and was developed by Gavin Andresen in 2010. It initially gave out five bitcoins per person. The rewards are dispensed at various predetermined intervals of time as rewards for completing simple tasks such as captcha completion and prizes from simple games. In this way, we can define Bitcoin Faucet as a reward system from which small amounts of bitcoins can be obtained, known as satoshis. a Satoshi is the smallest of the bitcoin units of account that exist. The concept of a Faucet Economic means to let people worldwide participate in the monetizing of the value they create (or possibly could create) with their contributions. The vision behind this concept is to move access barriers to a digital labor (value creation) market, provide equal chances to people regardless of their place of living, gender, or ethics.

What are Bitcoin Faucets?

The digital currency reward system was introduced by Gavin Andresen, who developed the first faucet in 2010. Bitcoin Faucet is a reward system in the form of an app or a website. Users get a fraction of Bitcoin or a Satoshi, which is a hundredth of a millionth BTC, in exchange for doing tasks such as completing a captcha. However, because transactions are irreversible, faucets became a target for hackers.

Why was Bitcoin Faucets Invented?

Visit the faucet webpage. You will have to enter your bitcoin wallet address.  A timer will calculate the time you spend on the site. Once you spend a certain amount of time on the site, you can claim your reward by clicking the “Claim Now” or similar button. You will have to identify yourself as a human by filling the given captcha, and by solving some given questions successfully, you will get your reward in the wallet.

The idea is pretty straightforward: any visitor to the website must complete a simple task like completing a captcha and get a 5 BTC reward in exchange for it. The user collects small amounts of bitcoins before transferring them to their wallet. If a user directly links the traditional bitcoin wallet to the faucet, the fees charged for it would eventually cancel out the bitcoin earned from the faucet.

Aspects that you should look for in Bitcoin Faucets

The things you should look for are as follow:

These websites work on volume, and they often offer reasonably good rewards for signing friends up, although they are usually based on your referrals using the site and earning their Bitcoin faucet.

Is using Bitcoin Faucets worth it?

All Bitcoin faucets are pretty much profitable if used strategically. This is probably the easiest and inexpensive way to earn free Bitcoins online every hour. A user using a Bitcoin faucet can soon become a millionaire if fortunate. Faucet owners make money by placing ads on these highly engaging websites. A Bitcoin faucet is a website that gives out a small number of Bitcoins to its visitors.

BitcoinBonus: BonusBitcoin is somewhat original in that it unites a lot of other Bitcoin faucets under one brand name.

Bitcoin Aliens: Bitcoin Aliens offer you the ability to play games as a way of earning your share of Bitcoin.

Moon Bitcoin: Moon Bitcoin has a few different cryptocurrencies (like Ethereum and Litecoin) that you can claim other than Bitcoin.

FreeBitcoin: FreeBitcoin is possibly the most famous name on this list. It is widely regarded as the most popular and used Bitcoin faucet in the world.

Senior Bitcoin developer Gavin Andresen introduced Bitcoin faucets in 2010. Bitcoin faucets were developed to reward five Bitcoins for completing simple tasks. The purpose was to spread awareness about Bitcoin because the concept of cryptocurrency was very new at that time. As we all know Bitcoin is a good investment option nowadays. If you are also looking to invest in Bitcoin to make good money from it then Immediate Edge is the perfect platform for you. Check Immediate Edge reviews by users to know more about this platform and its legitimacy status.

Blockchain, a Reliable Solution to the Persisting Problems of the Gaming Industry