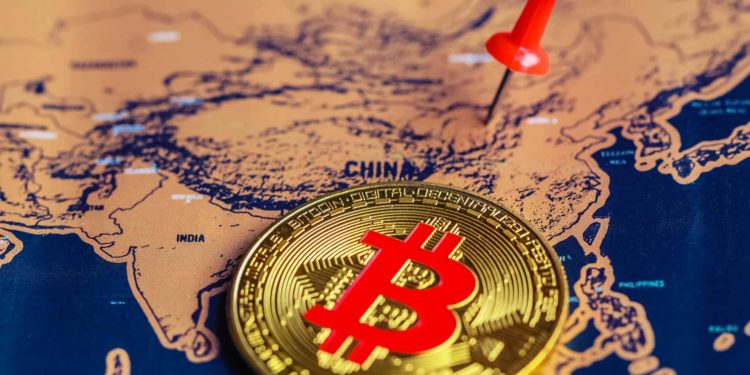 With a recent announcement, China seems to have left reservations towards the crypto industry and blockchain applications. After announcing to launch its own cryptocurrency a couple of months back, it has now recognized Bitcoin as their first successful application of blockchain technology.

China has been apprehensive and watchful towards the crypto industry developments since 2013. Back in 2013, it had displayed an affirmative stand towards cryptocurrencies, which gradually has been converted to cold feet over the years.

A significant shift in its attitude has been observed early this year when China unofficially started unveiling its plans to introduce its own cryptocurrency.

Background of the Recent Change in Policies

After the mid-year announcement by Facebook to launch its cryptocurrency Libra in 2018, globally, it has grabbed the attention of the entire finance, trading, and crypto industry. China, too, became wary of the threat of the Libra, as it might dominate the Chinese economy.

Apprehensions have been developed that the Libra can jeopardize the Chinese payment platforms Alipay and WeChat, which cover 20 % of users of the world population.

China faced a massive earthquake in LuShan back in 2013. On the public appeal of the Chinese citizens, relief donations poured in, including significant volumes of Bitcoin contributions. Thereby, an address has been created to accept the Bitcoin donations by the Chinese Charity One Foundation.

The funds, as much as 50 Bitcoins, were appreciated by the Chinese government and also got wide coverage in Chinese media. Bitcoin gained a more favorable ground when the Chinese search engine Baidu announced to accept Bitcoin. Chinese major business group Alibaba Taobao too, supported Bitcoin.

The fluctuations in price value of Bitcoins

The year 2013 saw many ups and downs in the price of Bitcoin. In spring, Bitcoin saw a 71% downfall and after a few months, it saw a ten-fold price rise reaching up to $1200.

In February, Mt Gox exchange was announced as bankrupt as a result of the 2011 hack. The exchange stopped withdrawals as the hackers looted 850,000 Bitcoins worth $3.5 billion, according to today’s value.

The growing popularity of Bitcoin with a price value of $120, attracted amateur investors to purchase Bitcoins during the mid-year. It propelled the acute surge of $1,150 in its price in late November. People’s Bank of China announced a prohibition for banks and payment companies to accept and deal with Bitcoins. But, it simultaneously allowed the citizens for Bitcoin trading. Resultantly, it saw a 20% downfall in the value of Bitcoin. It took a few years to regain this downfall.

A voucher system had been promoted by BTC China to buy Bitcoins. In the meanwhile, other Chinese crypto exchanges like Huobi and OKCoin promoted cryptocurrencies applying various marketing tactics. At the end of the year, the local fiat currency Yuan manipulated 80% of the Bitcoin exchange volumes.

Over the years, China has tightly dominated and regulated the crypto mining sector. It continued to dominate the Bitcoin markets until 2017.

Till the mid of 2017, China-based initial coin offerings (ICOs) raised whooping $400 million funds through 100, 000 investors. But, due to the fear of illicit activities like money laundering, it banned initial coin offerings (ICOs) and closed crypto exchanges and restricted Bitcoin mining, as Bitcoins were largely used for dark web transactions and black market transactions.

However, in the wake of the fears stimulated by Facebook’s proposed Libra crypto-currency, China has been active again from the beginning of this year and is making significant changes in its digital policies.

Though it was exploring the feasibility of its own digital currency right from 2014, it got momentum after speculations were raised about the dominance of Libra over the sovereignty of Chinese currency.

After a complete ban on Bitcoin-related activities from 2017 to 2019, in October this year, Chinese media flashed adverts for Blockchain-related courses and even Chinese President Xi Jinping appreciated the blockchain as the revolutionary technology.

Legal policies have been formulated to promote the cryptocurrency industry to safeguard cyberspace and data breaching. A positive social media promotional campaign is being run to create a favorable environment for the new currency and blockchain technology.

Recently, a private retail major, Alibaba group, has collaborated with crypto startup Lolli announcing to reward the customers with Bitcoins.

The new policies were formulated for certain reasons:

So from the above all point, we can conclude that now, China is showing a positive attitude towards Bitcoin and Blockchain Technology. Investors of Bitcoin also increase in China due to this. You can also buy or trade Bitcoin from an automated trading platform that is available in the market. It is a platform that mainly focuses on earning of profit from Bitcoin. Click here for more details on this innovative auto trading platform.