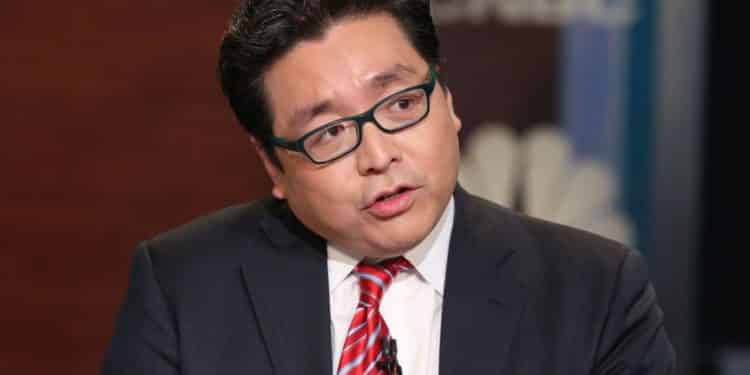 Thomas Lee, widely known as Tom Lee, the co-founder of Fundstrat Global was speaking in an interview about cryptocurrency and Bitcoin future. He has participated in an interview with CNBC.

As per Tom Lee’s opinion, ‘crypto winter’ is ended and bitcoin is back again to dominate the crypto market. He even mentioned that 2020 will be a big year for Bitcoin.

While speaking to CNBC, Lee mentioned over early Friday trading, Bitcoin’s performance was not good, the value of bitcoin had fallen down. Meanwhile, another cryptocurrency Tether was surging higher, and Tether might mark its presence in the bull market. However, there exists fear across the validity of tether.

On Thursday, Lee stated that: “Last year was a terrible year for crypto, a massive bear market, we published a piece this week just highlighting… 11 signs that historically only take place in a bull market. So I think the evidence is mounting that there’s a bull market.”

Tom Lee even stated that OTC brokers were part of the survey conducted because they play a very prominent role in knowing the institutional investors and their interest in cryptocurrencies, according to the outcomes, investors have revealed the following statement:

“A 60 to 70 percent increase in activity levels, like the number of clients and trading per client really taking off recently.” “I think we are seeing signs that fundamentals are improving, technicals are improving, and now there’s real activity by essential crypto holders.”

Lee briefed that the first indication was noticed in January, at the time when Lee’s team observed that the blockchain trading volume which is a technology used by few people to trade bitcoin signed positive year after year. The reason for the growth could be due to Venezuela and Turkey turmoil, wherein people started using Bitcoin as an alternative currency rather than their domestic currency because they have started losing hope in their local currency.

By referring to the two nations, the on-chain activity has increased by 30 percent, and it’s important, he said. People are mentioning that they don’t believe in using these fiat currencies anymore and don’t rely on the banks. We are going to start adopting bitcoin. This is the reason why there is an increase in the on-chain volume.

As of now, the growth might look small but can grow rapidly if and only if other nations start adopting it more than their fiat currencies.

Bitcoin can remain an asset of speculation if the US does not include cryptocurrencies in its financial systems and if not adopted on a regular basis.

Eight other positive outlooks of Lee consists of recent ‘golden cross’ for bitcoin, shrinking supply, the consensus among ‘original bitcoin bulls that the lower level has been placed for bitcoin, and a shift to the positivity in Bitcoin Misery Index of Fundstrat.

Tom Lee shared his opinion regarding to altcoins and said altcoins might progress or may not, and Bitcoin is only seeking growth in its price, however some other concerns were also addressed by Tom, one thing that he said “while it does, it doesn’t”, because if Bitcoins surges, the altcoin balances will decrease.

This indicates that if Bitcoin tries to reach new records, then the profit made will be taken over by the investors and may invest it in the altcoins, leading to grow its market, eventually, there is a dual effect.

Advantages of Playing on a Crypto Casino