Elrond Partners With BitGo for Custody Services for eGold

by Terry Thomas
in Blockchain News
0 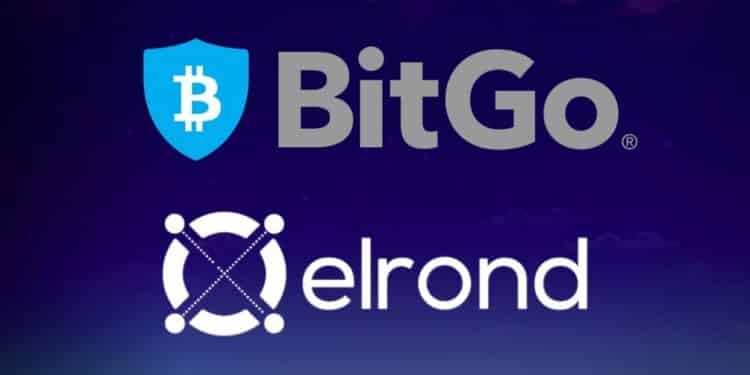 According to Beniamin Mincu, CEO of Elrond, the economics and scarcity of eGold make it an attractive choice for investors. Thanks to the partnership with BitGo, eGold has all the required criteria for all regulated institutional investors and has to be associated with platforms that comply with the strict regulatory standards

BitGo’s assets are secured by a $100 million dollar policy, which could be extended to $500 million, and this includes private key mismanagement, third-party hacks, dishonest internal behavior, and natural disasters.

The short term partnership will aim at boosting custody services for ERC20 EGLD token in order to accelerate integration and also unlock essential next steps in Elrond’s hyper growth plan. The strategy of the conversion of ERC20 EGLD token into local EGLD tokens would be feasible through our token bridge that will be announced shortly. The Native EGLD custody services will be launched at a later time.Elrond’s platform features a Secure Proof of Stake consensus (SPoS) and has a strong focus on security, preventing Sybil attacks and Nothing at Stake attacks. Elrond’s architecture is EVM compliant and guarantees interoperability.