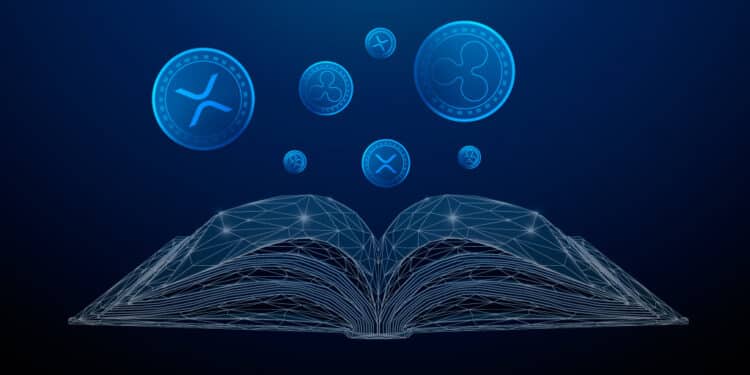 In the cryptocurrency market, which is dominated by Bitcoin and Ethereum, Ripple comes as the next best option for adopters. As of 2020, Ripple cryptocurrency has the third-largest capitalization in the market. XRP tokens around the world are worth over $ 7.7 billion in gross value. Despite its impressive growth, people still lack Ripple’s basic knowledge, its history, how it works, and the pros and cons of Ripple (XRP) blockchain.

What are Ripple and XRP?

Ripple is a blockchain ecosystem and a network designed for digital transactions. XRP is the tokenized cryptocurrency used on the Ripple blockchain for payments. Together, XRP and the Ripple network are used exclusively in international payment transfers. As a platform, Ripple offers a global system of payments to its users. It provides them with technologies to execute settlements and exchanges of XRP and other cryptocurrencies. While XRP is the primary cryptocurrency on the platform, Ripple also enables and facilitates the exchange and transactions of Bitcoin, Ethereum, and other major crypto assets. On the Ripple Network, an XRP coin represents the transfer of value and serves as a mediator for fiat currencies and other cryptocurrencies. The transaction cost on a Ripple is not more than $0.00001.

In 2004, web developer Ryan Fugger developed the world’s first Ripple coin. It was first implemented in Vancouver, British Columbia, Canada. In 2005, RipplePay was built by Fugger as a financial service for providing secure payment options through Ripple coin to the members of an exclusive online community over the global network.

This protocol laid the foundation of the Ripple network, a new digital currency system, which was deployed in May 2011 by Ripple Labs Inc. in the same year, the co-founders of the company, Jed McCaleb and Chris Larsen, issued the XRP cryptocurrency. In 2012, the Ripple Transaction Protocol (RTXP) was launched to create instant, free, and secure money operations worldwide and at variable scales. This protocol ensured no chargebacks to the users and support payments made with fiat currency and non-XRP cryptocurrencies.

Since 2015, Ripple XRP has been widely used to buy goods, passenger bonuses, travel miles, and mobile minutes. It is working in over 65 countries and has official partnerships with major financial institutions such as the HSBC Bank and the Bank of America.

How does the Ripple Network Work?

RippleNet is the network based on Ripple’s blockchain ecosystem, used to transfer XRP and other Ripple-supported products for financial institutions. RippleNet is a collaborative network aimed to replace conventional payment transactions for global transactions. However, RippleNet has limited functionalities in terms of incompatibilities and a multitude of regulations.

RippleNet is independent of the XRP cryptocurrency. On the network, the XRP coin is only used to represent the transfer of value. RippleNet lowers the costs of cross-border transactions for banks. The network allows payments in any currency at a minimal $0.00001 of internal transaction commission. A near-zero transaction fee helps RippleNet prevent DDoS attacks. RippleNet does not run with a proof-of-work system or a proof-of-stake system. Its transactions depend completely on a consensus protocol that validates the account balances as well as the transactions.

How to Use Ripple?

To buy XRP coins, one must be a registered member of RippleNet. The company, Ripple Labs, is the sole owner of XRP coins. The use of XRP tokens is available on the Ripple network. And, each XRP coin can be bought only from Ripple Labs. The mining of Ripple XRP, like other cryptocurrencies, is not possible. Ripple also operates on a peer-to-peer, open-source platform, which is decentralized yet controlled by the company. At the same time, it allows seamless transfer of fiat currencies and cryptocurrencies. Ripple XRP gains value through funding from institutional investors and venture capitalists. Unlike several other cryptocurrencies, Ripple is a cash-positive cryptocurrency.

There are several key benefits of XRP transactions that make it one of the top cryptocurrencies in the world. Here are the pros of Ripple coins:

There are also a few disadvantages that make Ripple not so favorite among crypto holders.

Even so, Ripple’s future is quite promising as it reduces several complications involved in the transfer of digital money as well as real money. The current banking industry is betting big on Ripple, and it is likely to drive its widespread implementation soon. Apart from this, check on XRP Forecast data, to know upcoming years price updates, so that you can understand the market performance of this coin.