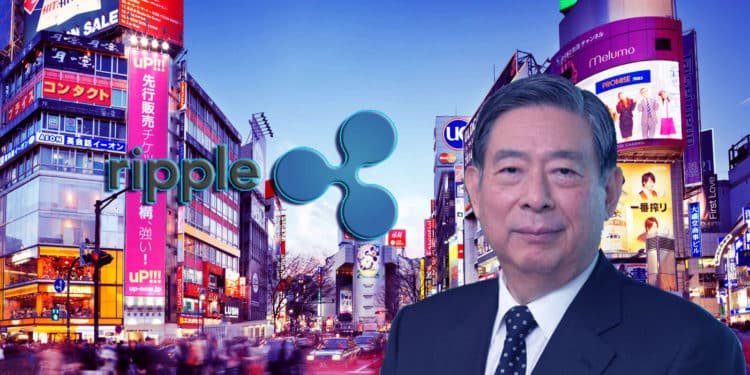 In the emerging blockchain and cryptocurrency world, crypto firms have appointed various experts to lead their Incorporation, and now the blockchain and cryptocurrency industry has yet added one more to its board. Recently, Ripple’s Lab Inc. has appointed the CEO and the President of the leading Japanese Financial Services SBI Holdings, Yoshitaka Kitao, as the head of Ripple Labs. He will be responsible for leading the Ripple Labs Inc. A Japan source reported the news on April 26, 2019.

SBI Holdings is one of the popular financial institutional organizations that have adopted cryptocurrencies. As per the previous reports, SBI Holdings has collaborated with Ripple and established a joint venture in 2016, named as SBI Ripple Asia, from then onwards SBI Holdings is an active partner of Ripple. SBI Ripple Asia was formed so as to enhance the use of XRP in the financial market of Asia in 2016.

Earlier to this, SBI Ripple Asia had launched the Money Tap application. The aim of the application was to lower the payment settlement time. The XRP MoneyTap app makes use of the Ripple xCurrent, blockchain-solution for a real-time local bank to bank transfers. The XRP MoneyTap was launched in October 2018.

SBI holdings had even developed a mining farm and also allowed for cross-border remittance in association with R3 and Ripple Labs.

The official statement of SBI mentions that the appointment of Kitao as the new executive member to Ripple Labs board will focus at “further promoting the blockchain and using digital assets in financial institutions in Japan and Asia and striving to develop financial services with high customer benefits.” Including Kitao to its board will further enhance their ties and might even scale up their joint blockchain initiatives.

Kitao had earlier, supported the Ripple and R3 benefits. He desires to develop a powerful network to take over the payment network of Swift which is currently provided to all banks. As of now, only xCurrent protocol will be utilized to make a cross-border remittance. Due to which the growth of XRP will be unaffected, and used only in the xRapid protocol.

He even said that RippleNet should have an objective of adding 10,000 clients. As of now, the Ripplenet consist of 200 clients. Kitao is an XRP cryptocurrency enthusiast and had mentioned that “XRP has potential to be Global Standard in Future.”

One of the important roles Kitao will be playing is he will communicate with R3 and Ripple Labs and try to solve their long-standing problem and bring it to an end with mutual agreement. The issue is due to an agreement of claiming XRP within 17 years. Notably, R3’s Corda platform has been praised by Kitoa.

The nine-month financial record was announced by SBI in January 2019, in the statement, it has included Ripple technologies and R3. It is discovered that they hold an important part in their strategy.

SBI Holdings seems to be a firm supporter of cryptocurrency because, in recent years, it has formed various businesses in the crypto industry, for example adding its own exchange Vctrade and even made numerous investments in firms that design services and infrastructure related to cryptocurrencies.

Kitao commented on his new responsibility at San Francisco, saying, “Blockchain and digital assets are changing the way we move money around the world, and Ripple is the driving force behind this positive change. I am excited by this opportunity to lend my expertise and be part of the company’s next phase of growth.”

This Wallpaper will Keep You Posted on Crypto Prices