Blockchain, a Reliable Solution to the Persisting Problems of the Gaming Industry

by Marvin Murray
in Blockchain News
0 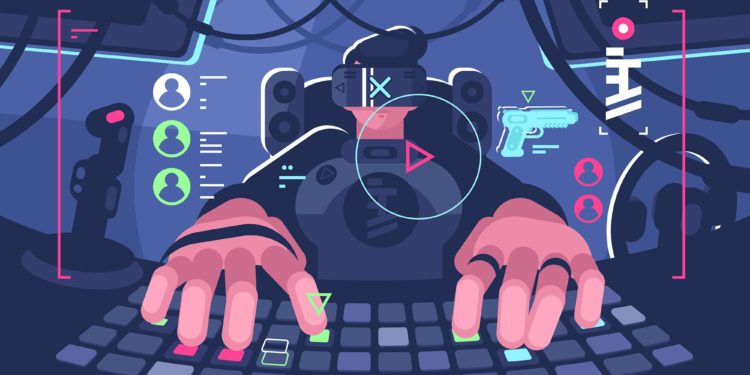 A study by a cybersecurity services firm on the media and entertainment industry revealed the industry’s biggest problem- cheating and the presence of tricksters. The cybersecurity company surveyed around 9,436 customers and online gamers from the UK, Japan, China, Germany, South Korea, and the US. 37% of the participants confessed to cheating; 3% “always”, 9% “often”, 13% “sometimes”, and 12% “rarely”. And as the survey was a non-incentive one, the participants could have manipulated their answers as per the circumstances (the stats could be higher if there was no option of “prefer not to say”).

The gaming industry, which is estimated to surpass $143 billion in market size by 2020, has been facing constant problems of piracy, cheating, duplication of in-game assets, and unfair revenue sharing.

Blockchain, with its ability to dependably maintain digital ledgers and perform smart contracts, has the potential to defeat these challenges and redefine the gaming industry for the players, developers, and distributors.

Most of the problems in the gaming industry today are a result of an ever-existing lack of transparency and illegal manipulation of information. Blockchain can refurnish the gaming industry by not only transforming the process via which games are played but also by the way they are made.

Most of the games available online require online registration and validation but, this mode of delivery, despite being convenient and user-friendly, involves many risks, largely around digital rights management. Regardless of the multiple implementations to curb privacy breaches, the creators and distributors have failed badly. Conventional methods of administering and protecting the games, like CD-keys, have been anything but successful.

Online DRM systems have received better results, but its requirement of “has to be logged in constantly” has dissatisfied the gaming community, making it unpopular and optional.

Blockchain, in this context, is a solid and tamper-free firewall. The user license of games can be stored on a blockchain, which would list the product ID along with the corresponding user ID. This would guarantee that a product filed under a customer’s account cannot be used by another user; hence, it would secure the ownership of the games. Many companies like Sony have already adopted this; they have filed a patent for blockchain-based DRM for its games.

Most online games have an in-game assets purchasing mechanism, which is mostly done via real money and often results in faulty and delayed transactions. Reports reveal that, by 2020, the in-game consumer spendings would reach around $32 billion, but with constant threats of hackers and leak of information, this would be a bumpy ride.

In-game assets are nothing but lines of code, which can be easily tampered-with and duplicated, resulting in loss of ‘real’ money for players.

Smart contracts are the core of a blockchain-based ecosystem, and games compatible with blockchain platforms can easily prevent these as they operate by creating undeniable ownership of assets by registering them on multiple nodes. Enabling the use of blockchain would also make the platforms crypto-friendly, and would add more security to purchases by allowing the use of cryptocurrencies (like crypto games) instead of real money.

Smart contracts (computer algorithms) also define all the circumstances for the prize distribution, guaranteeing transparency, and proper execution of all the terms of transactions. Thus, players can trust the gaming organizations with their entry fees; the prizes are distributed according to previously stated conditions, and cannot be altered by a single entity or party. The payment involved is released only when all the conditions set in the smart contract are met with no changes possible.

Online games are usually developed and distributed by different mediums. Traditionally they are distributed through centralized platforms that earn the developers, extensive market exposure, and profits from game sales. The profits are not ideal; they are not shared fairly.