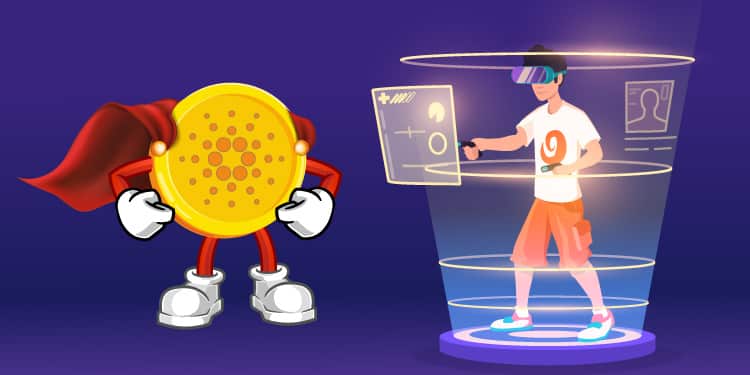 After an intense weekend performance, the Cryptocurrency market saw a marginal downfall during the last several hours. Bitcoin has fallen below $43,000, while Ether has been unable to break beyond the $3,300 barrier.

Over the last 24 hours, ADA, the Cardano ecosystem’s native coin, saw a surge in value. Cardano ranks fifth in market capitalization, after Bitcoin, Ether, Binance Coin (BNB), and Tether (USDT). The launch of the first Metaverse project on the Cardano Blockchain is the primary driver of the surge. Pavia.io recently claimed to be the very first project of Metaverse debuting on the Cardano network.

Pavia is a Cardano-based Metaverse where users can purchase and sell digital land parcels using Cardano NFTs and enjoy an “In-game experience.”

Pavia, which the Pavia Corp runs, was initially announced in September 2021. As per their website, around 100,000 digital land plots are available, with 60,000 sold in October and November the previous year. According to the roadmap created by Pavia’s team, the remaining plots will be sold within this quarter.

Pavia carries its utility currency, PAVIA, distributed to more than 60% of early landowners as an airdrop. According to PAVIA tokenomics, out of a total quantity of 2 billion tokens, 25% will be airdropped to token owners.

In this Metaverse, your digital land parcel is available in six different places: land, sea, sand, mountain, deep sea, and forest. According to the official website of Pavia, there are about 8,300 landowners in Pavia, with 60 percent of all land sold.

Pavia is not limited to Metaverse

Pavia aims to bring liquidity on Cardano Decentralized Exchanges (DEXs) and investigate liquidity in various blockchains during the first six months of the year, in addition to selling and purchasing lands (cross-chain).

The Pavia community will also benefit from on-platform materials and other features. The team intends to conduct the first live event at Pavia Plaza later this year, work on Trans Metaverse, and test Pavia Portals.

The Cardano price predictions by Wallet Investor feels ADA will have a great year ahead, with the coin now trading at $1.42 a token. The site predicts coins will be more than double in value by the end of the year, with a one-year projection of $3.027. It is also positive in five years, with a price objective of $9.21.

Short-term, Crowd Wisdom is even more optimistic on the coin. Cardano’s average price forecast for 2022 is $4.30.The technological advancements and overall activity of ADA make it an excellent choice for the future. According to this Cardano price prediction, the currency will breach the $5 barrier by the end of the year, with upper-end estimations as high as $10. Cardano is expected to reach a peak of $25 per coin by 2025.