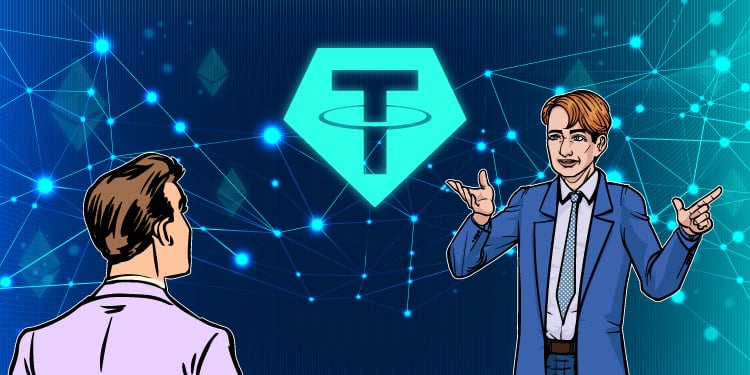 The USDC stable coin from Circle has surpassed Tether, pushing it to second place on the Ethereum chain. This is the first time USDC’s supply has exceeded the circulation of USD Tether in all these years, marking its emergence as a solid alternative for the latter. The supply of USDC reportedly reached 40 billion, just over Tether’s supply of 39.82 billion coins on Ethereum. See this ETH prediction to learn more.

Tether has long been dominating the list of stable coins ever since its inception in 2014. The coin initially had to share the market with stable coins like BitUSD and NuBits. However, the other two waned quickly after being unable to withstand the competition and meet the requirements. Just as those two were losing their customer base, USDC was promptly introduced by Circle with many improvements and features. The regulated outlook of the USD Coin helped it to become a potential Nemesis of Tether, which was facing questions about its backing options at that time.

Despite this setback on the Ethereum blockchain, USDT still leads the chart in terms of popularity thanks to a total supply value of 78.5 billion. About half of the supply of USDT is in circulation on the Tron network. The stable coin, moreover, is also available for trading on networks like Solana, Huobi ECO chain, Polygon, Avalanche, and several other blockchains and layer-2 solutions. USDC, on the other hand, is closing in USDT with around 45 billion tokens distributed across 21 blockchains.

However, Tether’s non-transparent operations have been a thing of concern for this cryptocurrency protocol. The reports about Tether’s financial reserves from the accounting firm Moore Cayman tried their best to amend the doubts regarding its backings and reserves recently. Tether also revealed some reports about unspecified documents related to assets worth around $30 billion in addition to its reserves and assets.

Unlike Tether, Circle has been more transparent regarding its assets and operations. It also explains why the coin has gained such a large ground in such a short time. The Coinbase president Emille Choi stated that the reserves of the USDC coin would be transferred to cash and US Treasury bonds. This transfer seems to have happened towards the end of 2021, according to the reports by Independent Accountant Grant Thornton.

However, these policies are not as transparent as some critics demand it to be placing the coin closer to Tether. But, Circle has plans to further regulate its outlook soon through partnerships with prominent banks, crypto projects, and governmental agencies. Recently, the CEO of Circle has supported the Biden Administration’s plans to treat centralized, stable coins equal to banks. Although centralized, stable coins like USDT, USDC, and BUSD are dominating the market currently, it should be noted that the demand for decentralized stable coins has started to prevail.