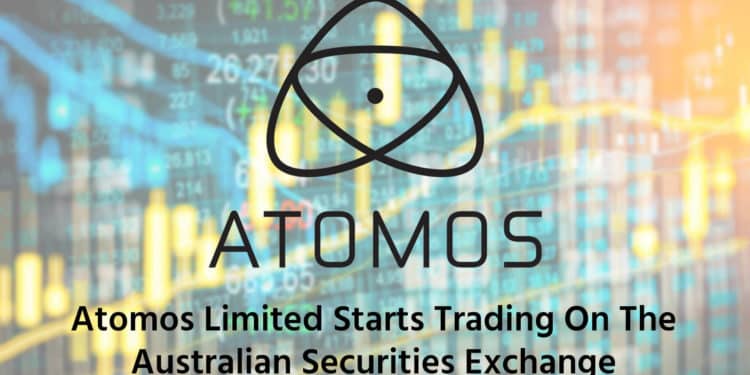 Kraken has recently announced on Twitter that it has included Cosmos ATOM in its list. ATOM will be made available at the block 500K for the customers to trade from 22nd April 2019. Once the transfers will go live, soon will the funding and trading begin. The company’s blog hinted at the possibility of releasing new assets in the future, but the exact information can’t be revealed currently, as per the company’s policies.

Although the users can purchase orders after the beginning of the trading, the sell orders will have to wait until the first ATOM deposit gets clear. The Kraken official blog also suggests its customers to take extra caution while trading any asset that is new to the list. In the blog, trading pairs are also mentioned that include- ATOM/USD, ATOM/EUR, ATOM/CAD, ATOM/BTC, and ATOM/ETH.

The deposit process is quite straight forward. You can find exact steps on the Kraken blog that will guide you through Navigation to the different parts of the process that starts from funding through to generating a deposit address.

Customers not only can trade ATOM on Kraken, but they will be able to trade it on Kraken Pro as well. Kraken Pro is an improved version that offers better user interface, mobile trading, and many other useful tools. Also, Kraken’s over the counter is going to support ATOM at the launch.

If we talk about margin trading, then we may need to wait for it to be available in the near future. As of now, it will not be enabled at the launch.

Customer dealing with Kraken Futures and Kraken Indices, on the other hand, will not be able to trade ATOM on these platforms at the launch at least.

The company has made it clear on its blog that the user must rely on his or her own decision making when it comes to investing or trading in any crypto. Although exchanges, before listing any coin or asset on their platforms do their own background check on subjects like security, authenticity, competitive prices, risks involved, liquidity market reputation, potential and so on, still the user is advised to carry out their own research before putting in their hard earned money. The company has suggested its users to limit their orders in order to steer clear of the rates that take us by surprise.

The proof of stake ‘blockchain interoperability project’ is built on ‘Tendermint consensus protocol.’ Its ICO was first seen two years ago in April that raised $17.3M. During this ICO 173 million, ATOM was sold. The inflation rate of ATOM is 7 to 20 percent annually.